The just-elected new Mayor of Paris, Madame Anne Hidalgo, has prepared a revolutionary sustainable mobility project whereby virtually all of the streets of the city will be subject to a maximum speed limit of 30 km/hr.

The only exceptions in the plan are a relatively small number of major axes into the city and along the two banks of the Seine, where the speed limit will be 50 km/hr, and the city’s hard pressed ring road (périphérique) where the top permissible speed has recently been reduced from 80 to 70 km/hr. At the other end of the slowth spectrum are a certain number of “meeting zones” (zones de rencontre) spotted around the city in which pedestrians and cyclists have priority but mix with cars which are limited to a top speed of 20 km/hr. A veritable révolution à la française.

This major policy initiative has not however taken place overnight, since for some years now there has been a steady increase in the number of zones reserved for pedestrians only, and more recently a step-by-step movement to “eco-areas” (see http://www.eco-quartiers.fr) where top speeds are already limited to 30 km/hr. By 2013 some 560 kilometers of the city streets were already in such areas, about one third of the total. (See map; click to enlarge.)

Once the plan has been approved by the Municipal Council, where the mayor holds the majority, that entire map of e city will be transformed.

What is notable about this approach?

As traffic speeds are significantly brought down across the city, a number of very important things occur as a direct result: substantially fewer accidents, significant reduction in serious injuries and deaths, energy savings, reduce dependence on imported fossil fuels, local air pollution reduction, quality-of-life improvements all those who live and work, and play and study there, improved conditions and local accessibility for local business, significantly reduced carbon  stress on climate, and the long list goes on.

As opposed to most of our cities which today are a veritable patchwork of different speed sections which are confusing to the driver as well is difficult to enforce, the creation of a uniform driving environment offers numerous advantages. It becomes much easier for drivers to respect speed limits where they are not confronted with continuous and confusing changes from street to street, where even the conscientious citizen can find themselves not always respecting the letter of the law. So in this respect, simplicity and clarity are among its significant contributions, in helping drivers develop a new and easier to understand mental map for moving about the city.

For the most part public policies in the field of sustainable mobility tend to be conservative and in the early stages start small. For example shared bicycle projects which for years consisted of tens of at the most 100 or 200 shared bicycles on the city streets, and then one day — actually exactly nine years ago this week — the city of Lyon put two thousand public bicycles on the streets of a city that was not exactly cycle friendly, and thereby created the equivalent of a shock effect which brought cycling in Lyon into a leadership position. (And of course opening up the competition for mega-public bike projects which are so exciting, important and transformative today.)

“Flooding the market” is a strategy which basically changes the rules of the game and alters perceptions in the process. This is definitely what the city of Paris and their new Mayor are doing by extending 30 kph zone to the entire city.

The other thing that Mayor Hidalgo has been so well is to take a strong initiative at the very beginning of her mandate. There will be a thousand voices raised against it, as is always the case when any significant transformative measures put in place, but this is the time to get a project as ambitious as this up and running. There will be possibilities for fine-tuning an adjustment over the remainder of this first mandate.

One of the most important characteristics of sustainable public policies is that they respect the basic sustainability criteria (example: Say Goodbye to Old Mobility at http://wp.me/PsKUY-xq ), and once new measures are put in place that they are consistently monitored, supported, maintained, nurtured and improved over time. We have seen time and again that among the worst things that the city can do is to launch an initiative and then later fail to follow up and maintain.

A world-class city can be large or small — as big as Paris (2.2 million inhabitants) or larger; as small as Graz  (260,000, introduced 30 kph I 1992, see http://goo.gl/PwUkjJ) or smaller —  but it must be a great, efficient, competitive and highly agreeable place to live, work and bring up your children. This is especially important in the 21st century, with globalization more than ever cities compete with each other.

So if your city is today characterized by declining mobility conditions, unnecessary traffic, danger, accidents, air pollution, aggressive mobility environments, traffic noise, and the lack of abundant and agreeable choices of ways of getting around other than by car, it is going to lose out in the international competition. You will lose the best and the brightest of your population, who will move to a more congenial, more excellent environment. And when they move out, so does your tax base. One result will be that your city will become a place of increasing social tensions. And at the end of the day, all that is a choice. 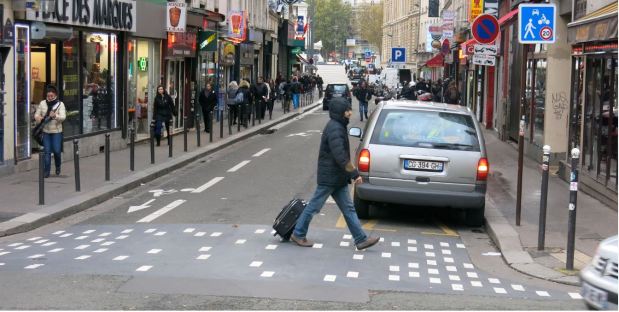 A Zone 20 intersection and signage in Paris

Over the coming months World Streets will be keeping a close eye on the Paris project and we expect to report to you from time to time on progress as it moves ahead.  But in the meantime perhaps you might  . . .

Now ask yourself: what keeps you from doing this? 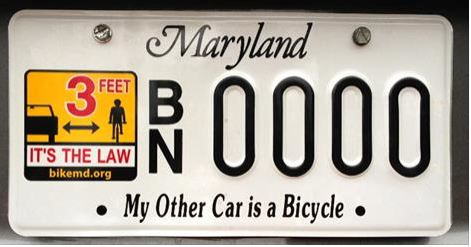