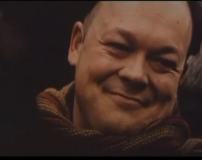 The Sanskrit term Bodhisattva is the name given to anyone who, motivated by great compassion and wisdom, has generated bodhichitta, a spontaneous wish to attain Buddhahood for the benefit of all sentient beings. What makes someone a Bodhisattva is her or his spontaneous and limitless dedication to the ultimate welfare of others.

(May we suggest that you view this at least two times? Get comfortable.)

It’s not the destination, it’s the voyage.

The scenarist and director of “Merci” is Christine Rabette (she is the one reading the book). Produced by Patrick Quinet and Artémis Productions, Belgium – www.artemisproductions.com With the support of the Centre du Cinéma et de l’Audiovisuel de la Communauté française (CCA), Belgium — //www.audiovisuel.cfwb.be/

PS. What is it supposed to mean?

I was afraid I might be asked this question, and indeed I have on several occasions in the last day. So in all respect let me give this a stab, although I really do hesitate because in a way I see this as an intrusion on your interpretation, which is the only one that counts. So be it.

Essentially I had three thoughts lurking at the back of my mind in wanting to share this short film with you. None of them being ha-ha jovial.

The first is that I see it as pure Zen, by which in this case I mean it is what you want it to be. If you have the patience for it (your call!), it is well done, it is about life, and it is oh so gently about people. So to me, even as a World/Streets guy, the fact that it takes place in an urban transport mode is not at all the main point. But to each of us, her/his own.

The second idea was to see if this might serve for some as a quiet, close to subliminal call to encourage us all to get comfortable with different thinking about our mission, and more generally that of planners and policy makers when faced with the challenges that World/Streets among many others attempts to address. I hope I am hurting no one’s feelings greatly when I make the point that much of the work that is planned and executed in our sector all too often combines high technical virtuosity, or at least talent, with a bit too narrow vision as to what cities are all about. Too much attention given to infrastructure, and not enough to people. (Did that come across for you?)

Finally, I wanted to see if this might reinforce one of our fundamental precepts here at World/Streets, which is that we need to give more attention to happiness as a goal of our work and choices. As a reformed economist I certainly do not want to surrender all of the terrain of happiness vs. your favorite indicator to Amartya Sen and Joe Stiglitz (as per their exemplary contribution via the Commission on the Measurement of Economic Performance and Social Progress). They have helped to blaze this path, but we now need to take it further in our own work.

PS. And oh yes, tell us what you think this is all about. That’s what the Comments section just below is for.

One thought on “Bodhisattva in the metro”