It’s a fine thing of course to know about “best practices” in our troubled sector, and there 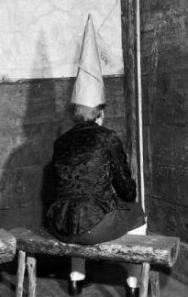 are quite a number of programs and sources in various corners of the world that are busy assembling these and making them available in various databases. That is excellent. But we decided that World Streets can make a useful contribution if we take all this from the other end — and launch a series of collaborative “worst practice” (or possibly just “bad practice”) profiles, illustrating different ways to get it very wrong. END_OF_DOCUMENT_TOKEN_TO_BE_REPLACED

There are a number of important factors to consider when comparing PRT, public transit and automobile costs, and therefore when comparing the cost-efficiency of roadway versus transit investments.  (Commentary by Todd Litman of Victoria Transport Policy  Institute on some of the figures raised in the discussions of PRT vs. cars and public transport.) END_OF_DOCUMENT_TOKEN_TO_BE_REPLACED 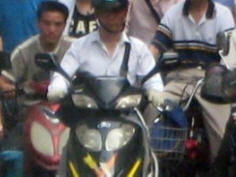 Somebody wake me up on this please  on this discussion. (See references at end).

1. If we look on the streets of any city in the Global South, we see de facto PRT, personal rapid transport, all over the place.

END_OF_DOCUMENT_TOKEN_TO_BE_REPLACED

It all started innocently enough with this newspaper article that appeared in the Press Trust of India on April 26. But when posted to the Sustran Global South peer forum for comment, the floodgates opened. For full background on this vigorously discussed, even polemic proposal, we invite you to check out the discussions at http://groups.yahoo.com/group/sustran-discuss/message/6637

END_OF_DOCUMENT_TOKEN_TO_BE_REPLACED 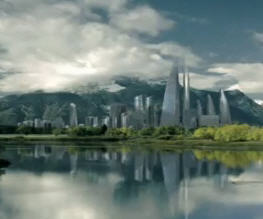 Have you ever given any thought to trying to imagine just how dumb some people think we are? My guess is that the good people of Hyundai have laid out serious money for this little film, without giving much thought to IQ’s.  So we can only assume that they have done this for our weekend viewing pleasure. What can we say?  Well, thank you.

END_OF_DOCUMENT_TOKEN_TO_BE_REPLACED

approaches in cities around the world — reporting on the good, the bad and the ugly — so that we can learn from each other and do, hopefully, just a bit better in our own patch. Today’s communication from Dhaka reports on a familiar Third World policy conflict about a popular and very important transport mode which is unloved by some but which is providing affordable, environmental, and efficient mobility for almost a third of all trips in the nation’s capital. Seven days a week, on demand service when you need it, and with heavy use by women and children. If you have a look at what is going on there in this all-too familiar tussle of ideas and authority, we bet you will learn something for your own city from Dhaka. END_OF_DOCUMENT_TOKEN_TO_BE_REPLACED

In the field of transport, no matter how straight-forward the issues may seem to be to the busy citizen, merchant, reporter or policy maker, when it comes to making wise policy it really does take a certain level of time and attention to detail to come to grips with the underlying issues and priorities that shape the outcomes. The awful conundrum encumbering the mobility issues of our new century from a policy perspective is that just about everything turns out upon study to be unobligingly complex, interdependent, complicated and time lagged – no matter how simple it may appear to be on the surface. In the article that follows, the authors  have a go at a lot of the too-easy thinking that is the main currency of the High Speed Rail discussions in places like Britain and the US, where the only experience with these technologies and operations has been that of a far-away time-lagged dream machine. Let’s embrace a bit of complexity here. END_OF_DOCUMENT_TOKEN_TO_BE_REPLACED

We here at World Streets always have problems with “cities of the future” visions, not

so much because they are almost always consistently wacky in some totally weird unreal-world way, but because they tend to project things so far into the distant, almost always thoroughly magical future, that they get us off the hook for doing anything about it TODAY. So sit back and relax, dear citizens and voters, and let the benevolent forces of the economy and technology solve the problem for you. Hmm.

END_OF_DOCUMENT_TOKEN_TO_BE_REPLACED

stake. The following just in from Brazil summarizes the author’s expert views on this particular mode. We have left it in his colorful language, making this a lively as well as informative read. Again, our objective here is to make sure that no one, particularly no one in the developing world, wastes any more time with approaches that are very clearly inappropriate. We need to keep focus.


We invite the reader to have a close look at the author’s views of Malaysian monorail projects and dreams, where he shares some pointed  remarks which need to be borne in mind for any city having first thoughts about all the great things that monoriails do for people, and for cities.

Now, from our archives:

Let me be very clear as to my motives here just so there is no ambiguity on my position. I would like no less than to drive a sharp stake through the dark heart of this egregiously unsustainable transport concept once and for all, so that we can concentrate our limited resources on approaches that are capable of doing the job and meeting the sustainability challenge head on. Which is exactly not the case with monorails. Let’s have a look. – Eric Britton, Editor END_OF_DOCUMENT_TOKEN_TO_BE_REPLACED

We have just today created a new forum under the New Mobility Agenda. It is called The Not Sustainable Transport Library, and the idea is to create a nice warm place in which we can stack articles and sources on what we think are very poor transportation/environment proposals – often technology rich and rarely cheap – that present themselves as “the next great green idea” for our cities and the planet. Watch out for the doctor! END_OF_DOCUMENT_TOKEN_TO_BE_REPLACED

And now let us turn to the Big Apple, New York City, and listen to what they have to tell us about what would happen if tomorrow everyone who normally commutes into the city by subway decided instead to drive in and park their car. For the non-initiated, that is for non-New York natives, this piece, originally written to the local language, has been prepared for the ROW and is divided into three parts: (a) map, (b) rant, (c)lexicon.

– Original posting to Streetsblog NY by Brad Aaron on August 10, 2009

Let’s start with their map:

You probably can already see what they are up to. It might be interesting and instructive to run a similar drill for such a transfer in your city. If you do, please share your map and basic nunbers with us. We will surely publish it.

2. The rant (that is the original language Streetsblog NY piece):

[The map shows the . . . ] amount of space that would be needed for cars if subway-riding New Yorkers thought like, say, a certain assemblyman from Westchester.

Sure, knocking the MTA is a favorite local past time, particularly for the politicians and press who are practically guaranteed a “Hallelujah!” chorus for every barb (today’s scandal: fat cat transit workers poised to rake in cost-of-living allowance!!). But despite the MTA’s problems, as Michael Frumin points out on his Frumination blog, the city’s streets and highways can’t hold a candle to the subways when it comes to moving commuters into and out of Manhattan’s Central Business District.

Over this same period, the average number of passengers in a vehicle crossing any of the East River crossings was 1.20. This means that, lacking the subway, we would need to move 324,000 additional vehicles into the CBD (never mind where they would all park).

At best, it would take 167 inbound lanes, or 84 copies of the Queens Midtown Tunnel, to carry what the NYC Subway carries over 22 inbound tracks through 12 tunnels and 2 (partial) bridges.

At worst, 200 new copies of 5th Avenue. Somewhere in the middle would be 67 West Side Highways or 76 Brooklyn Bridges. And this neglects the Long Island Railroad, Metro North, NJ Transit, and PATH systems entirely.

Take a gander at the map above to get an idea of the real estate that would be taken up by all those cars. Think such a proposition would lead John Liu to base his stances on congestion pricing and bridge tolls on principle, rather than wind direction? Could Deborah Glick overlook her personal hatred for the billionaire mayor long enough to save her constituents from carmaggedon? Would the prospect of seeing his district literally transformed into a parking lot prompt Sheldon Silver to finally take an unequivocal stand favoring transit over car commuting?

NYMTC is the New York Metropolitan Transportation Council is an association of governments, transportation providers and environmental agencies that is the Metropolitan Planning Organization for New York City, Long Island and the lower Hudson Valley. – http://www.nymtc.org/

has written extensively on government, business, education, the environment, urban planning and transportation, among other topics, began freelancing for Streetsblog NY in early 2007 and became Deputy Editor in February 2008. He lives in Inwood, at the northernmost tip of Manhattan, where he can always get a seat on the A train.