Editor’s note: “Free public transport” is a hot topic and getting hotter every day, though in our view when stated as such it closes the door on a subject that  can also be looked at and evaluated in a more creative way. If we draw critical attention to and think of it instead as “Free” “Public” “Transport” a brave new world of issues and opportunities opens up.  We shall be looking into this in these pages in the coming months, but for now let us give the word to Constance Carr and Markus Hesse of the University of Luxembourg and hear what they have to say about the latest Luxembourg initiative.

When the Grand Duchy of Luxembourg announced it would introduce free nationwide public transport from March 2020, the move was widely praised – some even claimed it was a world first, though that was to overlook Estonia) where the government introduced countrywide free public transport in 2018.

Even US senator Bernie Sanders offered his congratulations via Facebook. Luxembourg was suddenly in the limelight, and this time it wasn’t about tax havens or information leaks – it was something positive, heartening, virtuous.

To see why this feted policy is likely to end up backfiring, it’s necessary to understand the nation’s growing pains. Luxembourg is a small sovereign state, comprised of its capital city, small towns, and countryside – an urban region with a dispersed urbanisation around the main centre, spreading across the borders with Belgium, France and Germany. Having benefited from sustained growth, Luxembourg likes to present itself as a haven of stability and prosperity.

Editor’s reminder: The Grand Duchy’s public transport system apparently costs €1 billion to operate each year, but fares anyway amount to only €30 million (i.e. just 3% of the total operating costs).  But as we will see here, there is more to it than that.

Luxembourg’s economy is supported largely by the financial sector, the European Union, and the booming industries of technology and innovation. It is home to more than 140 banks and has become a hotspot for specialised investment services. Luxembourg city is a European capital, home to the European Investment Bank, the Parliament Secretariat and the Court of Justice. Luxembourg has also attracted major players in the digital economy: Amazon, Skype and PayPal have headquarters there, and Google is considering establishing a data centre in the countryside.

As a result of these strategies, Luxembourg is a small but unusually international state; an economic engine that requires – and attracts – massive influxes of labour from neighbouring countries. Currently, roughly 422,000 people work in Luxembourg, while the country itself has a resident population of just over 600,000. Many of these jobs are located in the business districts in and around the capital city.

Almost half of the labour force (192,000) are cross-border commuters. Due to substantial immigration (Luxembourg’s population grows by 2.3 per cent every year) and the immense supply of office space, housing inside Luxembourg is scarce and costly.

The government is intent on continuing economic growth to preserve living standards and maintain the social security system at current levels. And so far it has succeeded: GDP grows steadily by 2 per cent to 4 per cent anually. Indeed, Luxembourg’s per capita GDP is among the highest in the world.

Yet this growth has also put a lot of pressure on the transport system. Roads, rail tracks and stations are in a dire state, and government funding has not caught up with current demand and delayed investments from the past. It is precisely this growth pressure that makes the problem really thorny and economic sustainability rather difficult to achieve.

During rush hours, trains coming in from the border regions are standing-room only – and are often late or cancelled – causing passengers to miss connecting services. Customer service and information is relatively poor. Ironically, the massive infrastructure investments recently initiated by the government have only generated more construction sites, bottlenecks and road blocks – at least for now.

If only it worked

Making public transport free looks set to make the situation worse. Fares are already heavily subsidised; a single fare between any two points in the country is €2, day passes are €4, and minors already ride free. So a further reduction is not likely to have a significant impact.

In this context, the notion that free transport is a means of wealth redistribution and social inclusion doesn’t square. It’s already cheap – and far outweighed by exploding housing costs, the country’s real inequality challenge. And, price is only one factor in an individual’s choice of transport. This means that pricing alone won’t likely trigger major changes in travel behaviour.

What’s more, when users realise that the system doesn’t work, there will be few alternatives available to them. Many will choose to go by car because it is faster and more reliable – while those who cannot afford that option, or are unable or simply do not like, to drive, will bear the burden. Ultimately, it will be taxpayers who compensate the revenue lost through declining ticket sales. This includes the cross-border commuters, who won’t benefit from the free transit inside Luxembourg, having paid their fares before the border.

In any case, serious attempts to mitigate the nation’s car culture are yet to arise. Cars remain an important status symbol for many residents and, at last count, Luxembourg had the highest number of cars per inhabitant in the EU. Education would be needed to overcome this addiction, but policies aimed at reducing car use are so unpopular as to be politically taboo, especially given the high incomes and low gasoline prices offered by the state.

Now it seems as though the attention-grabbing policy had less to do with solving public transport problems, and more to do with the government’s ongoing nation-branding campaign. This is the crux of the issue – the announcement of free public transport has created a good news story which, having circulated through the global media, has already fulfilled its purpose. Real problems and the profound difficulties in solving them are not addressed.

The whole idea of free public transport is utterly simplistic because of the complex, interrelated composition of demographic, socioeconomic and geopolitical issues at stake. If political leaders are serious about improving mobility, then they will need to undertake a more serious analysis of the problems, and provide a more convincing, context-sensitive set of proposals to solve them. But maybe that doesn’t matter, as long as it looks good. 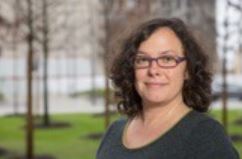 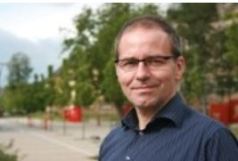 The two authors collaborate on Urbanization Unbound, the blogspot of urban geographers at the Institute of Geography and Spatial Planning of the University of Luxembourg, where we like to talk about the spaces and flows that constitute contemporary urban processes. With latest musings on urban and regional governance, non-market housing, green cities, (sub)urbs, global cities, digital cities, the ramifications of market-led development, urban growth, and much more.  Seehttp://urbanunbound.blogspot.com/

* This article is republished from The Conversation under a Creative Commons license. Read the original article.

More from World Streets on this topic starting from the climate angle at https://worldstreets.wordpress.com/tag/freepublictransit/  and https://www.facebook.com/pg/FareFreeTransport