The idea of slowing top speeds on traffic in the city to reduce accidents and achieve other important systemic benefits would seem like a pretty sensible, straightforward and affordable thing to do. For a lot of reasons.  Let’s have a look.

The core goal of a Slow City Speed transition project is to substantially and strategically reduce top speeds of motorized traffic in the city, in a first instance targeting to reduce the number and severity of accidents. But beyond this initial goal such an initiative has all the advantages of an especially good idea, to the extent that it is: (a) entirely feasible, (b) readily achievable and (c) affordable, while at the same time being  (d) a straightforward non-abstract proposition which can be readily understood by all. It also has one very strong advantages, and that is (e) that it is measurable and (f) the results will be immediately and palpably visible and open to public scrutiny.

There is also the considerable advantage that (g) this particular approach has a strong track record of successful on-street  experience in a substantial cross-section of real-world cities.  It is not theory.  So we and all can readily see that managing such a transition is possible and there have been numerous examples of how this can be made to work at the level of the city or the neighborhood.

There is thus ample evidence showing that this can be done. However every city has to find its own path and unique combination of related policies and tools. There is no one-size-fits-all or off-the-shelf solutions to their problems. But the tools, practices, examples and proof are there and simply waiting to be put together by engaged and prepared policymakers, scientists and civil society in a coherent policy package for the city and its neighborhoods, with deep technical support and understood and supported by the people of the city.

Opening up a new era

Once a city, its administration and its citizens sign on for such a transition project, it sounds the beginning of a new era, a major change in ways of thinking,  doing  and  behaving in the mobility sector,- -and in parallel with that in terms of the way in which the city values and treats its public space.

Such a policy signals a major pattern break and opens up a whole range of new, potentially linked range of sustainable transport innovations for the city which can become part of a far more extensive program. There are numerous advantages that accrue directly as a result of strategic, sharp speed reductions, and all the more so if the program is supported by additional cost-effective innovations and measures which can be brought into the overall policy package.

Let’s consider just one example of the potential for synergies:. What happens if we link the low-speed program with a complimentary  effort which has its subject to achieve significant reductions in stop-and-start driving.  Stop-and-start is the worst way to get around in a city. It lowers overall traffic efficiency and travel times at very high cost to the city in terms of greenhouse gas emissions, pavement ware, fuel consumption, vehicle wear and tear, and driver irritability and aggressiveness. So if we can find parallel measures which help us to smooth the overall traffic flow, this will also have the advantage of reducing overall travel times and costs.

And that is just one example of the kind of synergies we can now build into a slow city program. There are many others which we and others shall be exploring in the weeks and months ahead. We haven’t even stated to talk about the role of walking, cycling, playing, wandering, shared mobility, taxis, Uber, security, equity, gender, noise, public health, obesity, respiratory infections, isolation, loneliness neighborly behaviour, shifts to electrification, parking, VKT, last kilometers, school trips, and more  . . .  but these are definitely part of the greater puzzle, challenge and opportunity.

The transition to a Slow City opens up opportunities which are not only numerous but also clearly related to the overall central thrust of the program — as opposed to the ad hoc policies currently practiced by most cities around the world. In a way the entire concept of moving over to a slower city provides a new and exciting — and above all consistent — framework for innovation and change in a way which is clear to all.

It is likewise important that the planning, decision and implementation process needs to be supported by first-class scientific analysis and in due course technical modeling and simulations in order to see where the change package is going to take the city and its people in their day-to-day lives.

“We are the inventors of a New World, my Sir”

To round out this first introduction, let us point you to a short film (90 seconds) recorded on the occasion of his first visit to Groningen by an old friend Robert Stussi, an eningeer and policy wonk who has worked in cities around the world on these issues for decades. The title of the video is “Homage to Hans Mondermann, himself an early hero in the Slow City revolution. (See http://wp.me/psKUY-4Su for more.)

As you viewed the film I very much hope you were able to make out the short welcoming message from a man in the street, the affable gentleman with  his bicycle, whom we did not know but later learned is an architect living and practicing in Groningen. More than a decade later his words still ring very true. Let us repeat them here.

We are the inventors of a New World, my Sir. And statistically you can prove it.

Quite right. And statistically you can prove it.

Incidentally, for those of us who may tend to see cycling is a strategy appropriate for lower income people and places, the average income Groningen is close to €50,000 per capita. Just in case you were wondering about that.

How easy is it to sell to the public and all the concerned actors this idea of a more effective and beneficial speed policy for the city? The answer is: it’s a real challenge! 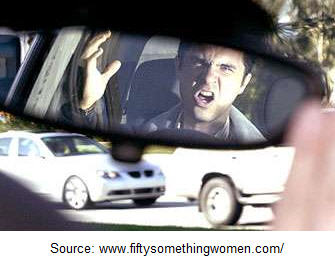 matter what and how strong the justifications – safety, public health, amenity, equity and many other — the hard fact is that people, all of us, are change-resistant and in particular when it comes to anything that is important in our day to day lives.  And when it comes to cars, for those of us who have them at least, the resistance is visceral and often very strong. So, given this, we can be sure that there will be plenty of opposition to such a strong policy shift, and moreover that it will not go away at the first challenge.  This needs to be brought into the core of the strategic plan.

How does one deal with this? First of all, you need your well thought out plan, reinforced by strong and science-supported arguments for both costs and benefits. And then, once you have your strong technical project in hand , comes the challenge of selling it and keeping it sold to the voting (and driving) public. This requires very strong media, communications and leadership skills. (One might even say exceptional media, communications and leadership skills).  Good intentions will not  be enough.

What you have to your advantage as an agent of change is that you know that there will be fierce resistance, — and if you have done your homework and have listened to enough people in your community, including those who object to the plan, you should be totally prepared to take into consideration, deal with and parry these objections and arguments. Not ignore them, but listen to the opponents with respect.  After all you just may learn something from them. On the contrary if your tendency is to become impatient and close  off the debate, the odds are you are going to run into some heavy traffic  later and .quite possibly not reach your desired destination.

So not every city, not every government is going to be able to make such a major policy, such a major idea change work, no matter how desirable it may be. And if the already hard enough first step is to develop a careful well thought out plan for moving ahead, the second and every bit as challenging is to have the foresight, tenacity and political skill to make it work. So good luck to you.

First quick references to get you started: