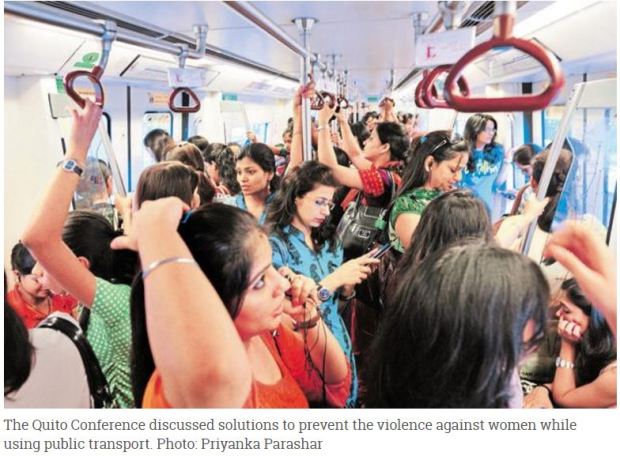 The Sustainable Development Goal (SDG) number 5 of the UN says: “Achieve gender equality and empower all women and girls”. All of the UN’s Sustainability Development Goals sound all-encompassing and too lofty to be pursued in a realistic manner. That, however, is the idea. The SDGs are value-pillars which guide planners while they go about their mundane tasks of drawing up maps and fighting resource crunches. Fortunately, the New Urban Agenda adopted in Habitat III breaks down these goals into sub-topics that people can wrap their heads around and know how to create a path towards achieving that utopian ideal.

The need to involve women as decision makers in all aspects of urban planning and policy making is recognized as the key to give women the access to Right to The City, a right that in practice today excludes one half of the society. In Habitat III, this was the focal point of discussions helmed by international bodies working towards gender responsive public spaces and services like the Huairou Commission and Women in Cities International.

Gender is also a key component to discussions on climate change. To the uninitiated, it is curious as to how something as overarching as climate change can have a gender aspect. The link is that climate change affects the world’s vulnerable population the most and since most of the world’s poor are women, they become a segment which is most at risk during natural hazards. Yet, women can (and do) play a critical role in response to climate change due to their local knowledge and their ease in leading sustainable practices at the household and community level, which has been demonstrated in various climate-related projects.

Perhaps people are mainstreaming gender without knowing it, was the premise of a practitioner from Chile who works with women in African countries. She recalled how for months she had been trying to gender sensitize her own organization only to be met by the whole office rolling their eyes as soon as she uttered the G word. And then slowly, a few months later, the men began asking questions in an attempt to understand. Questions like why women talk less in meetings or why certain references were inappropriate. That’s how it is with entire societies too was her message. You have to keep at it, and slowly urban spaces will respond to and adapt for women, creating more inclusive cities.