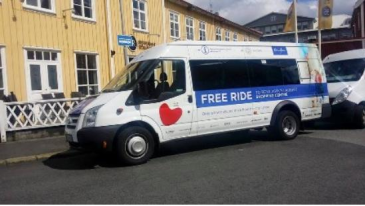 Hello Eric, Thanks for forwarding the short reply by Lloyd Wright on Free Public Transit to the list.  It made me think: Hmm possibly the comparison of Free Public Transit  to public spaces that are generally open to use by the population free of charge is a strong, valid point.  Beyond that here are some rough, somewhat wide-ranging and unstructured thoughts:

Like so many issues I feel that this one could benefit from a structured presentation perhaps in the form of a matrix or a similar arrangement to provide an overview of the most important issues, arguments and counter-arguments. (I am open for editing-collaboration for such an undertaking.) However, counterarguments and other considerations came flowing as I sat down to write.

The first one was this: In a vaguely similar fashion to cars, and mostly unlike public spaces, walking and cycling, public transit does “exert externalities”.

The second one has to do with barriers to even healthier and better forms of transport (for most of us), for short to medium distances.  So a “complete subsidy” might not be the right path to go, although it could be the thing to do as part of a campaign, or in special circumstances PT (although much less per km than cars do) most often pollute in various ways (air, water, local, global, noise, sometimes visual pollution), commands use of big resources / raw materials, and can sometimes make it less attractive to walk or cycle.

The barriers to walking and cycling that are sometimes provided by PT are by providing physical and even social or psychological barriers and because of sheer convenience / low threshold. These thresholds which will reduce public health benefits inherent in those transport forms.

On the other hand, using PT instead of driving generally reduces the pollution burden and “magically” induces a bit of walking (or cycling).  In most cases PT, cycling and walking are great partners but the integrated planning for all three (and their relatives) is often lacking

I think the issue of Free Public Transit is quite complicated, but like for public transit in general there probably exists a limit where you have created “too much” of it, especially if to the detriment of walkable neighbourhoods and cities plus similarly for cycling. Providing for cycling and walking, I will claim, provides more resilient solutions (or at least very good second choices) than PT, as has been seen in various times of crises, be it natural catastrophes (floods, snowstorms), strikes, electricity outage, fear of terror etc.

The issue of Free Public Transport is certainly not a simple one. I suspect the “right” answer must involve considerations regarding striking an appropriate balance and about conditions, and phases of introduction of free fares and reintroduction of fares.

I suppose a discussion of FPT must hinge on  an analysis of many factors, like the current and latent demand, current and latent ability to pay, other means of financially supporting the underprivileged, to what extent car driving is in effect subsidized, an those subsidies being visible to decision makers, the demographics of the area and of the current and prospective users, financing models, political long-term will to prioritize  PT under different financing- and fare-structure scenarios, whether free public transit will possibly entail a deterioration of service, and not least what positive and negative impacts FPT will have in the specific settings of the area served, on cycling and walking. 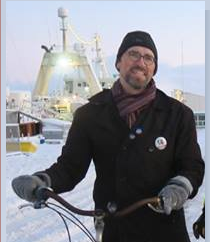 Morten Lange holds a MSc degree from the Norwegian University for Science and Technology and has worked at the Centre for Environment and Development there. He has been interested in sustainable development at least since the publication of the WCED report in 1987. Morten is a board member of Icelandic Cyclists’ Federation, and a former chairman. He has attended a number of Velo-city conferences, and other events in Iceland and Norway pertaining to cycling. Morten sees cycling for transport in concert with better public transport as one of the many win-win options available.