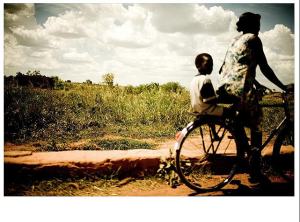 The organisation I work for (Transaid) were involved in an initiative to train female drivers and transport officers from a cooperative in Accra so that they could manage the transport of agricultural products to market themselves. This was back in 2007/2008. The programme had some success but there were a number of challenges, for example perceived issues of security for women drivers on long distance vehicles, the carrying capacity of the vehicles (which were sourced as a donation) were also probably too small to really drive down the transport costs enough. In time some of the coops decided to turn the vehicles into tro tros (mini bus taxis and hire men to drive them).