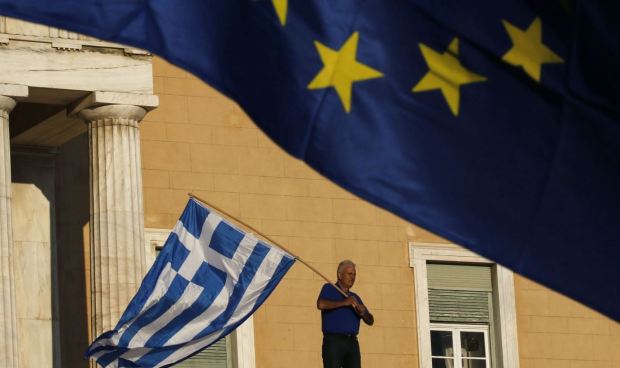 18:00, Sunday 5 July 2015 in Greece and the polls have just closed on this momentous day for democracy. The outcome of the unexpected but oh so important referendum will not be known for several hours yet.  So what better time to pour a glass of cool retsina white, sit down with some friends, and sort through the accumulated evidence of these last ten days in which the eyes of the world have turned to Greece.

Here are a few observations and thoughts about the future which come most immediately to mind to this ever-curious observer:

Despite all the fluttering of arms, beating of breasts and waving of swords in different political and economic camps, the difference between a Yes or No outcome to the vote is going to be far less important than the process that has been engaged and all the lessons learned over these last weeks and months.

The hard work lies ahead and the challenges are going to be met, one way or another.  The resources and skills to get the job done are plentifully there, so if these challenges remain unmet or unsatisfactorily met you will know exactly to whom to look. Everything is now out in the open and there is no place to hide. And that in itself is a great victory for democracy.

I for one worry a lot less about the attitude and actions that will be taken by the Greek government in the coming weeks and months than I do about the positions and decisions of the Troika.  That the Greeks are being publically supported by a very significant number of leading economists and political scientists is an encouraging sign for the future. (I very much hope that Team Greece is going to have a large number of non-Greek speakers on their side.)

This is not to absolve all the successive Greek governments of their fair share of responsibility in this chaotic process over these years, however it would be idiotic not to keep in mind the dire circumstances they find themselves in and the extent to which they are being confronted with literally life-threatening problems for many Greeks.  When anyone is under such pressures, obviously they are going to be experimenting, constantly adjusting and looking for solutions and paths that offer a way out.

To my way of seeing all this, the most important tragedy of this entire process has been the abject, let me go further, shameful failure of European and IMF leadership.

The leadership and positions taken by these most important institutions have looked dangerously simple-minded, self-satisfied and far too narrow in the approach they have brought to these important matters.

The utterly vindictive, small minded comments that have been repeatedly made by their leaders and spokespeople are not worthy of European democracy and have done little to encourage creative dialogue and problem-solving in a very difficult impasse.

The problem up to now has been more repeated failures and human and cultural indifference of the European institutions and the IMF than of the hard-pressed Greek governments of not just the last five months but the last five or more years.

If Europe fails that this important task it will not be the fault of the Greeks, but of a gross failure of intelligence, vision and leadership on the part of the institutions that make up the European Union.

Alexis Tsipras, Yanis Varoufakis and their allies and supporters have done something very important in these last weeks in that they have taken the issues and decisions out of the hands of bureaucrats and put them into the hands of eleven million Greeks, and we will now as a result of their decision and actions see how Greek and European leadership deal with this extraordinary opportunity.

Here is what we have to hope. That in one year, in ten years when we look back on this whole process the words that we retain with pride are on the order of wisdom, vision, democracy, competence, solidarity and generosity.  And not words and qualities such as punitive, arrogant, indifference, cupidity, short-sighted, and finally and this is for sure . .  failure.

Let’s finish this fine resina, get some sleep, and see how all this looks tomorrow morning when a brave new world beckons.

For more from us on the Greek Crisis:

* From: Thinking about Economy and Democracy – here.

* From: World Streets on the Greek Crisis – here.