All of the protests taking place at varying levels of violence in different parts of the world against Uber and Uber-like taxi and shared-transport services are definitely not just an example of a one-shot phenomenon that will resolve itself in different ways in different places,  and then shortly go away, leaving things largely as they always were in our sensationally inefficient mobility arrangements in and around our cities.  there is a revolution going on in our world’s streets, and once this has advanced far enough, it is going to change the paradigm for mobility in and around cities forever.  No less!

The following article by the international expert Richard Darbéra makes this point clearly and from opening shot in which he announces no less than “taxis as we know them are expected to disappear “.  We invite you to have a look at this posting and to share your comments and/or challenges either here in world streets or on the associated Facebook site at https://www.facebook.com/WorldStreetsOnline

The Thévenoud Law opens up the highway for Uber *

* This article originally appeared in Le Monde in French on 17 December 2014.  It is reprinted here in an adapted English language translation reviewed and supplemented by the author.

In opposing “unfair competition” for taxis, the French regulator favors the development of a new monopoly

There are historic economic justifications for regulated prices. The taximeter was placed there to reassure users who cannot know in advance the price of the trip, offering the assurance that this price would not be in the (à la tête du client means depending upon the client’s face) driver’s head. With the latest mobile application this uncertainty is removed. The different quotes for the same trip can be displayed at the time of the booking. The customer can then choose the option that best suits his prefered service and price.

The supply restrictions also had their justification. A bad baker loses customers, but not a bad taxi, for whom each new trip is a meeting with a different client. It was therefore up to the regulator to monitor the quality of service by putting constraints on vehicles and drivers. The granting of a license, but especially the threat of losing it, was one way otherwise to ensure quality of service, at least to counter unscrupulous drivers who refuse clients or those who practice too often the “Shanghai route”, these indirect routes which keep the meter turning.

All mobile applications offer the ability for the customer to log in with a satisfaction grading after each trip. These customer evaluations serve to provide continuous monitoring of service quality, far more efficiently than the traditional supply restrictions. Around the world, these mobile applications ensure the success of livery (Private Hire Vehicles) and limousine services. Everywhere… but not in France.

By prohibiting the use of geolocation to private hire vehicles and by requiring unnecessary high qualification of their drivers, the Thévenoud Law guaranteed the traditional French taxi trade a reprieve for as long as the law lasts. Fearing no ridicule, the former Secretary of State for foreign trade even attempted to get the National Assembly to pass a last-minute amendment requiring PHVs to return to their garage between each trip, an amendment that the senators fortunately voted down.

ON THE FRINGES OF ILLEGALITY

Paradoxically this aberrant legislation ends up having the effect of favoring Uber over its competitors. Indeed, the Uber strategy is now well established, namely that Uber continues to operate on the fringes of illegality, while using appeal procedures in the courts to gain time while simultaneously expanding its customer base and getting increased support from public opinion.

On the other hand, the French laws governing the hire car with driver business are not all designed to guarantee a monopoly rent for taxis. Some, such as the distinction between carpooling and commercial activity, ensure fair competition and prevent concealed work that would avoid taxes and social charges.

To the public opinion, Uber plays skillfully on the confusion between the laws that protect a monopoly from another age and those that govern normal competitive business.

The French regulator would have been much better inspired to base its PHV regulation on that of England or that of Denmark. For example, to grant the licenses to chauffeurs after examining criminal records and breaches of the highway code, rather than under condition of a pseudo-qualifying training that only serves as a barrier to entry in the driver business, and enriches the driver schools that provide such training. By organizing the shortage of drivers to stifle PHV development, the French legislature is opening the door to carpooling for profit, which is exactly what Uber-Pop is all about.

The development of mobile applications in the hire car with driver market presents one real danger, that of natural monopoly. Economists call natural monopoly the monopolies that appear spontaneously as a result of the free interaction of supply and demand. The classic case, at the city scale is that of the de facto monopoly of established taxi booking and dispatch centers.

With Internet and mobiles applications, natural monopolies extend to a world scale, as examplified by Google (which is in the capital of Uber), Facebook or Amazon. The American tourist who arrives Europe has already entered his Uber phone application, which he regularly uses back home. Then, whether in Paris, Madrid or Amsterdam, this is the first application he would use to book a ride.

The trade war that is taking place today in the US between Uber and Lyft gives an advance taste of the behavior of these monopolies, who use profits generated in one market, to sell at a loss in an other market long enough to kill off competitors. The European Commission is concerned about the Google monopoly. Sooner or later, it  will probably have to start to worry about Uber. 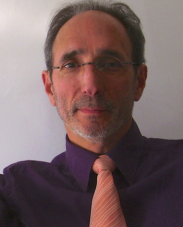 Richard Darbéra, a civil engineer from the INSA of Lyon (France), and an economist from Cornell University (USA), was until last year research fellow of the CNRS (Centre National de la Recherche Scientifique). He taught transport economics at the Paris XII University and at the École Nationale des Ponts & Chaussées. He now works as a private consultant.

Richard Darbéra has worked as a consultant in transport projects and policies for the World Bank, the OECD, USAID and various governments. In recent years, his domain of expertise focussed on the economics of taxicab and private hire transport regulation. He has organised conferences and seminars on the subject, published many articles and a book: Où vont les taxis at Descartes & Cie (2009).

— Darbéra, Richard, “Introducing taxis in the provision of subsidized transport in rural areas”, Contribution to the European Transport Conference 2012, session: How to minimize social exclusion in times of economic hardship, (8-10 October in Glasgow), 27 p.

— Darbéra, Richard “Taxicab regulation and urban residents’ use and perception of taxi services: a survey in eight cities”, Published in the Selected Proceedings of the 12th World Conference on Transport Research (WCTR) – Lisbon 2010, 15 p.

— Darbéra, Richard “Where are the taxis going? A history of regulatory disruptions”, Paper presented at the Special Session “Taxis” of the 12th World Conference on Transport Research (WCTR) – Lisbon 2010, 12 p.

This entry was posted in 2015, Creative destruction?, Taxis and tagged CarFreeStrategies, Op-Eds, Paradigm, The Third Force, xTransit. Bookmark the permalink.

One thought on “Op-Ed. “Taxis as we know them are expected to disappear””