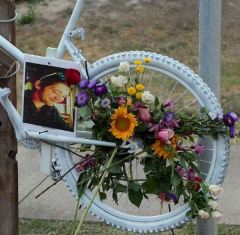 and cyclists. Putting names, faces and human tragedy to what otherwise takes the form of dry numbers, faceless hence quickly forgettable statistics is an important task. We can only encourage responsible citizens and activists in every city on the planet to do the same thing, holding those public officials (and let’s not forget, “public servants”) responsible for what goes on under their direct control.

Who is doing this job in your city?