This is excellent piece of analytic work by a young Canadian scholar, strips away many of the all too easy myths about China and Chinese copycat culture, and puts before us quite a different picture of their competitive potential for a very different future. . Let me quote the author’s opening paragraph which does a good job of setting the stage for what follows. 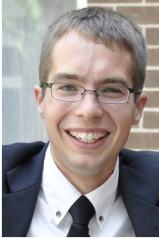 Conversations about innovation in the United States are rife with the adversarial language of exceptionalism. Rather than view China’s economic rise as a threat, American businesses and policy makers should take an open-minded look at the Chinese national innovation system. Innovation, according to the Chinese, should be in service of overcoming social and environmental challenges, not only generating prosperity and new inventions. And rather than viewing innovation as an individual pursuit, the Chinese recognize the necessity of a strong government role.

And from this end I want to transpose this message specifically to the transport sector as it concerns us  here at World Streets. If in the past we have seen that the Chinese response to their rapid city growth and exploding transportation requirements has been to mimic the (worst of) the West yard by yard, can we reasonably assume that they will continue on such a path in the future? I for one doubt it, so let’s keep a weather eye on the new generation of problem-solvers, solutions and approaches they are going to put to work. Since we all surely will have a great deal to learn from them.  But now let’s hear what Eric Kennedy has to say about China’s new national innovation system:

– by Eric Kennedy, Consortium for Science, Policy, and Outcomes at Arizona State University

Conversations about innovation in the United States are rife with the adversarial language of exceptionalism. Take, for example, a recent article by Gary Shapiro, the CEO of the Consumer Electronics Association, in Forbes. In his eyes, America’s success as an innovation powerhouse can be traced to a “can-do attitude” that “treats failure as a learning experience,” a free and democratic society that “rewards savvy risk takers,” and an educational system that pushes students to question, not memorize.

In a move that would make Steve Jobs proud, never once is any involvement in innovation by the federal government mentioned – American successes come from these exceptional Americans. By contrast, “the Chinese have a long tradition of copying others, not… having a culture that even recognizes [intellectual property], and a bias towards conformism.”

To adopt this popular but simplistic narrative – that China represents an IP thief or parasitic drain on the innovative work of American firms – is to miss a far richer and more nuanced understanding of China’s national innovation system.

Yet, even purportedly objective analyses by organizations like the U.S. Chamber of Commerce do little to move beyond these sentiments. By turning to the Chinese National Medium- and Long-Term Program for Science and Technology Development (2006-2020) and considering it in light of an American Chamber of Commerce analysis of Chinese innovation (China’s Drive for ‘Indigenous Innovation’), a far more interesting story can be told that reveals different underlying conceptions of why and how innovation ought to be pursued.

In essence, China’s National Innovation System (NIS) frames innovation in a far more holistic and nationally coordinated way than is often ascribed to the American approach. Despite the fact that China is often framed as playing “catch up” to the American model, it ought to be explored in its own right before such value judgments are made. Doing so doesn’t preclude critical examination of either system. Rather, it allows lessons to be gained by both actors, potentially moving us towards a more collaborative and empathetic understanding of innovation ecosystems across the Pacific.

. . . (Now leaping to the closing paragraphs)

Instead, Americans should keep their minds open to any lessons that can be taken from the Chinese national innovation system. The National Outline shows a vision for innovation not simply as a good in its own right, but for improving the conditions of its people. Despite the frequent linear model of science and technology in this analysis, this motivation for innovating – and its holistic sense of innovation as including social, ecological, and health systems as priorities – is laudable. It offers an alternative to innovation as simply nationalistic one-upmanship, a lesson that perhaps needs to be relearned by the West in recognition that innovation and new ideas have always come from around the world, and will increasingly come from counties like China, India, Brazil, and other major emerging powers.

Furthermore, China’s innovation policy offers a surprisingly open assessment of the degree to which the government is involved in innovation, a useful counterpoint to the mythologized individualism of American invention. Just what kind of role government plays in driving innovation, of course, is open for debate. But that debate should be had on the basis of policy rather than anti-communism or anti-China ideology.

Finally, the National Outline offers a surprisingly humble self-assessment of the problems facing China. Trust and collaboration could be garnered by putting down the swords, admitting our own challenges, and beginning a dialogue towards learning from each other on these issues of social importance. China and its innovation system are by no means perfect, but they offer an interesting, insightful, and informative contrast to many American assumptions.

Learning from Chinese innovation, instead of reacting to a perceived challenge, may yield improvements in our own innovation efforts and could even lead to a more productive bilateral relationship.

For the text of the full article click here – http://thebreakthrough.org/index.php/programs/economic-growth/chinas-national-innovation-system/

Eric Kennedy is a PhD student at the Consortium for Science, Policy, and 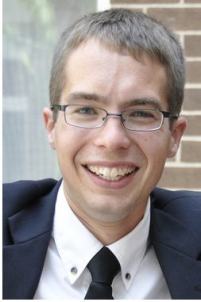 Outcomes at Arizona State University and has a Bachelor of Knowledge Integration from the University of Waterloo. Eric’s research focuses on trust, expertise, and collaboration in complex socio-technical problems. Follow him on Twitter @EricBKennedy. A previous version of this article appeared at the CSPO blog, As We Now Think.