His latest work has focused on the subject of economy, efficiency and equity in city transport and helping governments to ask the right questions and find practical solutions to urban transportation issues.  Over 2014 and early 2015 he is test-driving his new book in process, Toward a General Theory of Sustainable Transport in Cities, in a cycle of conferences, presentations, and field work with cities, government agencies, suppliers, civil society, universities and critical audiences in public and private sessions around the world.

The following bio note has been prepared by the author.

It’s amazing what happens if you take a person of more or less average intelligence, say me, (a) give them a world-class education, then (b) expose her or him for a couple of decades to a single complex, interlocking  and important set of policy issues — and all the while and with what great luck (c) put them in frequent working contact with a couple of thousand bright, energetic and generous people in different parts of the world who share these concerns, each in their own way, and who are not shy about sharing their views.  (I call this collection of people, by the way, our “invisible college”.)

In my case the consistent issues that absorb my time and thoughts are sustainable development, economy and society — and in a somewhat more restricted perspective to policy issues of sustainable transport, sustainable cities and sustainable lives – all of which in the context of continuing attention to the needs of people like you, me and those whom we care for in our ordinary day-to-day lives.  And all this with consistent (there is that word again) priority attention to the keystone issues of environment, efficiency and equity. My impression is that person after person, day after day, and year after year, and assuming you have a fair mind and some decent luck with your health, you can learn a lot and maybe even make a contribution here or there. It also makes, may I say, for a full and rewarding life.

PS. For a quick look into one aspect of my philosophy of life and society (30 seconds on a bike), click here.  Then after that we can now get to a more standard bio note.

One of those outstanding innovators whose work will have the greatest likely future significance and impact over the long-term . . . and likely remain one of the “key players” in the technological drama unfolding in coming years.     – World Technology 2002 Environment Award citation

Trained as a development economist, Francis Eric Knight Britton is MD of 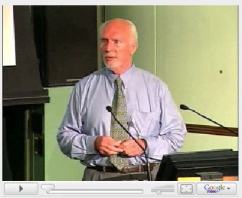 Born in Mississippi, he studied liberal arts and physical science at Amherst and Columbia College, and later the doctoral program of the Graduate Faculty of Economics at Columbia University, with a dissertation on technology, economic development, job creation and public policy in the Italian South. Over this period he was an Amherst and Columbia Scholar, winner of the Dante Alighieri Prize, and later in the Graduate Faculties of Columbia University was named an International Fellow. He was awarded a doctoral research grant from the Italian government for his work on the prickly policy problems in the Italian Mezzogiorno, and later was honored by a Fulbright Fellowship to continue his work for two years running.

Britton’s career choice and  basic philosophy about his future work and life was strongly shaped by three outstanding people working in the field of economics, development and social justice, two of whom his professors at Columbia. The first of these was Prof. Albert O. Hirschman, an outstanding thought leader in the field of development economics and social science, who was his mentor, thesis advisor and in fact the person whose then-recent appointment brought Britton to Columbia.. The second was Prof. William Vickery whose work in the field of economic instruments and incentives for the fair and efficient allocation of scarce resources was later recognized by a Nobel Prize. Third was the work and personal commitment to the principle of equity of the Austrian philosopher, polymath and social activist Ivan Illich.

What these three extraordinary people had in common was not only their exceptional originality, intellectual brilliance and outstanding communication skills, but also that each was an independent thinker, a very quiet person,  kind and available to young people  and extremely courageous under occasionally very difficult and at times threatening life circumstances.

While completing his course work and exams in economics at Columbia, Britton taught undergraduate courses in economics (theory, economic history, statistics) at Mills College and New York University’s Department of Economics. Early in his professional career he continued to expand his horizons by participating as a Fellow in a three-week post-graduate program of the Salzburg Seminar on Urban and Regional Planning, and a month-long graduate  seminar at the United Nation (Geneva) on city planning and policy. He has since lectured in undergraduate and graduate programs at universities in Brazil, Britain, Canada, China, Colombia, Estonia, Finland, France, Germany, Italy, Netherlands, Portugal, Spain, Taiwan, the UK, the US and Vietnam.

In parallel with teaching economics and working on his dissertation at the University of Rome, Eric founded EcoPlan International in 1966, an independent forum of observation, reflection and counsel on issues involving technological and environmental change as it affects people in their daily lives. Over the years in his for-profit work he has initiated, participated in, and carried to completion a wide range of advisory assignments and research and demonstration projects aimed at providing decision counsel to government, business and the volunteer sector on thorny issues of technology, economy and society.

The geographic focus of his work extends to more than thirty countries, with advisory assignments in cities as diverse as the compact Westport CT and path-breaking (but ultimately unbuilt) Ahmanson Ranch project in CA, to advisory work in places as far-ranging as Adelaide,Beijing, Bilbao, Bogotá, Bridgeport, Buenos Aires, Helsinki, Jiaozuo, Kaohsiung, Paris, Perth, Saigon, Sao Paulo, Taipei, Tallinn, Toronto, and Zürich. He has served as high level consultant to the United Nations, European Commission, ILO, OECD, and a long list of national and regional government agencies, bilateral aid programs, and as a visiting lecturer at US and European universities.

Britton devotes considerable time to pioneering and supporting public interest projects involving new technology, sustainable development and social justice. A common theme in his work is the strategic adaptation of technologies, products, and institutional structures to changing technological, resource and environmental requirements (and perceptions).  Over the last decades he has organized and supported more than twenty international collaborative problem-solving networks and events, which bring together thousands of people and groups around the world that are looking into new and often unusual ideas for sustainability and long-term economic viability in cities. One of the most active of these is the New Mobility Agenda, created in 1988 and for which you can find full information at http://www.newmobility.org.

Britton has published extensively in his recognized areas of expertise, and is a founding editor the Journal of World Transport Policy and Practice (1995), as well as of World Streets and several associated (spin-off) collaborative publications and programs in India, Italy, Iran, China and Portugal).

To get a feel for the full  range of challenges to which he is currently giving attention and trying variously to advance with a very wide and varied network of international collaborators, you are directed to the rubric Resources that uppers in  left hand column of World Streets.

The most pragmatic part of his contribution is his work as a hands-on policy advisor and mediator when it comes to transport or cities projects, initiatives and programs is which there may be  considerable resistance from certain groups and interests. Human beings are basically change-averse:  few of us really welcome fundamental change, and all the more so in which we estimate (fear) that the changes risk to work against our own tranquility and interests.  These situations come up time and again in cities when it comes to new transport or related initiatives, and it is in such situations there can be a need to bring in for a short period  a neutral but also informed party who can help open up the discussions, let everyone fully express their positions, and in the process create a broader acceptance of the proposed change (which might include significant changes in the original project, including a recommendation that it be substantially transformed or even dropped if that is what the public interest demands).

In June 2002 he was awarded the prestigious World Technology Environment Prize for outstanding achievement. Over 2001-2002 he served as chair of the international jury and senior advisor to the Stockholm Partnerships for Sustainable Cities, a program with which he maintains a long-term interest. In 2000 he and Enrique Peñalosa, then mayor of Bogotá Colombia, were co-awarded the Stockholm Environment Challenge Prize for ‘outstanding socio-technical innovation’.

Britton is currently working on a two year book project under the (working) title: Toward a General Theory of Sustainable Transport in Cities.  If you wish to get a feel for the coverage and high complexity of the challenge and approach, have a look at the following “mind map”. (You will have to click image to read.) This basically sets out both the environment and the extended solution set of the proposed approach.

The book project is being structured around an ongoing  series of working visits,  presentations and critical discussion in a good cross-section of host cities on all continents that is already well in process.  The book is slated to be published in the first half of 2015.

His most recent collaborative teaching/mentoring project centers around a series on graduate seminars and projects for international universities and MBA programs on the utterly surprising challenges of Sustainable Development, Enterprise & Society, which you can access here. Among his greater frustrations in 2014 is that he would like to be doing more on his long time interest  in “rethinking work” and tax system reform.

If you click to http://ecoplan.org/library/eb-reports.pdf you will see an in-process listing of his past work, documents, presentations and reports.

These reports and documents are to be put on line in a free public archive over the course of the opening months of 2013, and while they will for the most part be posted in PDF form, we will be taking pains to ensure inclusion of key words and dates to facilitate access. For an example of a similar project currently in process, have a look at our World Transport Policy & Practice Archives project at http://worldtransportarchives.wordpress.com/

We have no money gentlemen, so we shall have to think.
I have chosen as the principal theme for my work and hoped-for contributions in 2015 and beyond,  these words of Nobel Prize winning physicist Professor Ernest Rutherford upon taking over the quite broke
Cavendish Laboratory in 1919, in the wake of the First World War.

Our challenge now is quite exactly to learn to do more, with less.  Not less with less, mind you.

The above was written and posted on World Streets by Britton in July 2014, while the Wikipedia entry was made by others (and it ideally would be updated, but that is not in my hands).  If you wish to contact him in France: