If it is your firm belief that God is on our side (Gott mit uns) and that we are winning the battle of sustainable transport and sustainable lives, you will probably have little use for anything that might show up on a popular environmental 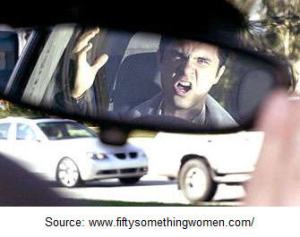 site like TreeHugger. But hey! we are losing, so we need to be prepared to use every trick, talent and channel we can lay our hands on. Here is a piece that appeared in TreeHugger last week that will tell you, dear reader, nothing you do not already know — but it is the telling of it that is the point. Let me put that in other words: we have plenty to learn from them when it comes to getting our message across to the general public. And that includes thee . . . and me.

Drive No More: 6 Alternatives to Your Car

Do You Want to Go Car Free?
We often write about how our society is too car-centric, and while it’s important to improve cars so they’re orders of magnitude greener (because they aren’t going away anytime soon), it’s also crucial to have a wide variety of alternatives to the automobile. What are these alternatives? To some of you they might be obvious – you might use some of them every day – but to others who are just starting to try to reduce their dependence on cars, an overview of what’s out there will be useful. Here we go!

Probably the most obvious choice, the bus can either be a great way to get around or a nightmare, depending on where you live. Sadly, in many places there’s been a comparatively small investment in bus transit compared to the money that goes into the infrastructure used by cars.

One way to make the bus more attractive is to create more reserved lanes and bus rapid transit (BRT) systems (check out Curitiba’s BRT: 2.3 million passengers/day). If buses have to spend too much time using the same lanes as cars, they just end up swallowed up by the masses of cars during peak traffic times and there’s very little benefit to taking the bus. But if they can bypass all that, a lot more people will use them.

The other big player in public transit, rail tends to be more expensive than bus systems, but it has other benefits, like not sharing the road with cars and trucks and it is easier to electrify (making its operation greener).

Ideally, all cities of a certain size would have light-rail/subways within the city limits, and high-speed rail would link big cities so that people and freight could use it as an alternative to airplanes and trucks.

A national survey of Americans shows broad support for more investments in public transit (which means primarily buses, mentioned above, and various types of rail), and a National Household Travel Survey (NHTS) shows that there’s been a 23.5% increase in the share of trips done using transit.

Ok, “duh” you say. But with this one, the problem needs to be looked at from a different angle. Here the decision isn’t just to walk or not, because we’re pretty limited in speed and range and many people can have all the motivation they want, if they live many miles from where they’re going and they have to cross many freeways to get there, it’s not going to happen.

The decision here is, on the individual level, whether it’s possible to change where you live to make walking a more realistic option. Living closer to the office and family & friends is the best way to reduce the amount of time you spend in a car. Most of the time this means a combination of walking, biking, and public transit.

On the societal level, the decision we need to make is to design cities and neighborhood so it’s easier to walk. New urbanism has a lot of tools for this, we just need to use them.

Bikes! Another obvious choice, but a lot could be done to get more mileage out of it (pun intended). We know that bicycles could play a huge role in many big cities – places like Copenhagen and Amsterdam have shown it to us – yet bike culture is only starting to get going in most places, and we’re far from the much talked about critical mass. Some cities are investing more in bike infrastructure (things like safe bike parkings, bike boulevards, bike-sharing programs, and physically separated bike lanes), but it’s still relatively marginal.

Let’s hope that transportation secretary Ray LaHood really means what he said, and that other officials around the world will pay attention…

Not everybody can do this, and some bosses still resist it, but if it can work for you, it’s a great way to cut on your car use.

Telecommuting doesn’t only have advantages, and the relative isolation isn’t for everybody, but a smaller environmental footprint is certainly one of them.

This one might seem like cheating, but hear me out; car-sharing can actually kind of be an alternative to the car. Owning the car, that is. It’s been shown time and time again that car-sharing members tend to drive less often than it they owned a car, and they plan their trips better, leading to less wasted fuel.

Paying for each car trip you make is a powerful incentive to use alternatives, even if the total amount of money it costs you is a lot less than if you actually owned a car.

Thanks to alert reader Chris Bradshaw of Ottawa Canada, city planner, evnironmental activist, and Founder of Vrtucar Carshare for the heads-up.